***Now Accepting Applications to the Academy Scholars Program, due March 16, 2020***

The Academy Scholars Program is a two-year program intended for faculty who wish to enhance their teaching, education research, and administrative skills.

The elements of the Academy Scholars program are:

Scholars agree to attend the two seminars a month (Sept – May) and their clinical and/or administrative supervisor (e.g., medical director, Department Chief) must agree to provide this release time (approximately 5% FTE). There is financial support available for salary and/or research project expenses.

The Academy members, past Scholars and Scholar faculty are available and pleased to discuss your ideas. Projects are expected to be their early planning stage and the program will assist you in developing and implementing the project. Identifying a mentor for your project is important for its success. Academy members and Scholar faculty can also assist you in identifying a project mentor. Do not hesitate to contact the program directors to discuss your application: Dward2@mmc.org and bingyb@mmc.org.

“The META program opened doors to exciting opportunities that have changed the course of my professional career. As a META Scholar, I not only honed my teaching skills, but also experienced many facets of medical education that I had never explored before, such as leadership, career-planning and research. I especially enjoyed the camaraderie–the relationships I established through the META Scholars program will be lasting ones.” 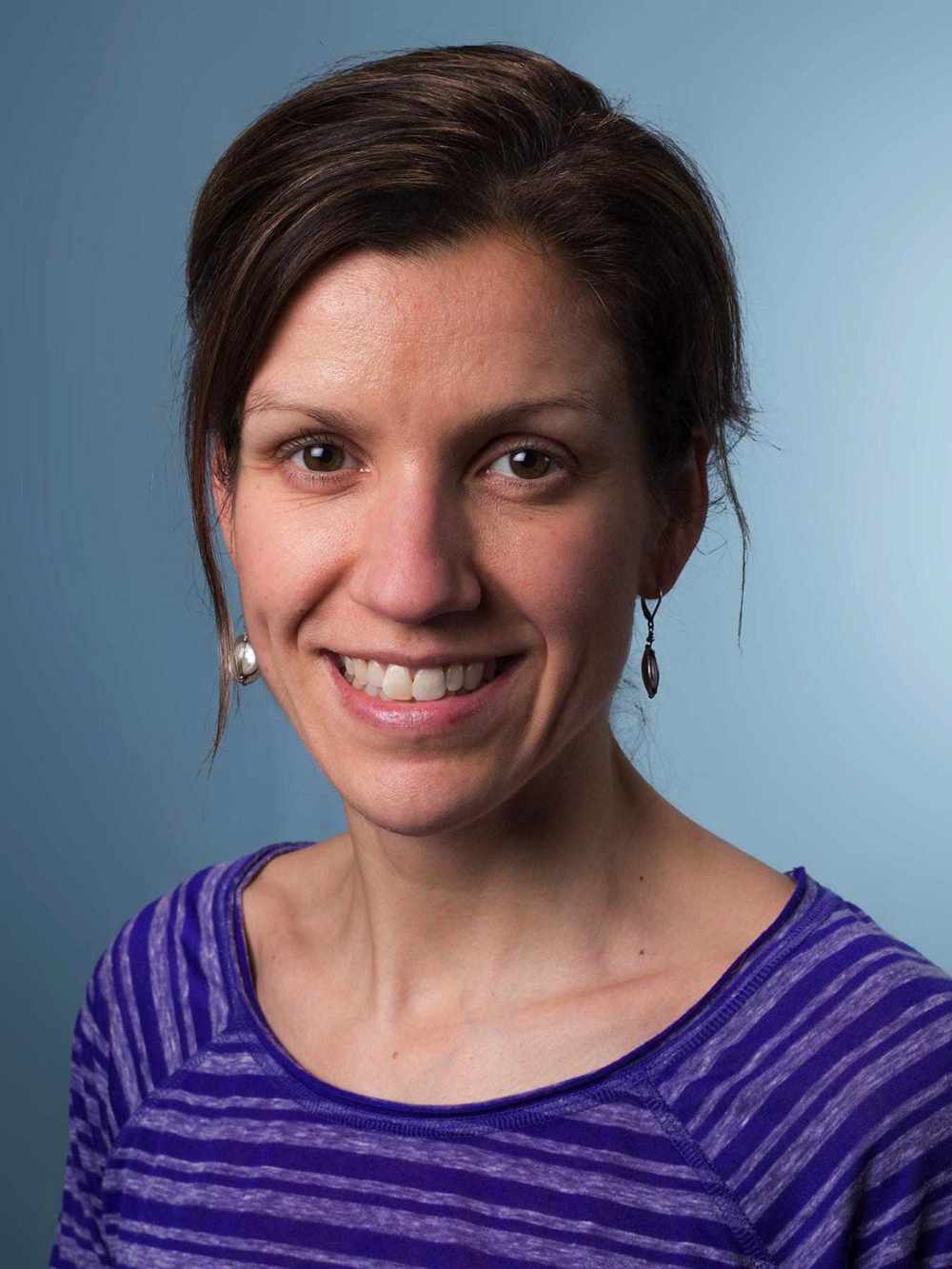 Angela Leclerc PA-C, MS completed her Masters of Science degree in Physician Assistant studies at the University of New England in 2005, after practicing as a Registered Nurse for four years.  The majority of her 13 years as a Physician Assistant has been practicing hospital medicine and critical care medicine.    She is the Lead APP for Critical Care Medicine at Maine Medical Center.  She serves as a guest lecturer at the UNE PA program and is a preceptor for students.  In addition, she prepares and presents bi-monthly case reviews for neurocritical care.  Over the past four years she has enjoyed the symbiotic learning environment of working directly with residents in the critical care unit.  She would like to enhance her skills in didactic and clinical teaching through the Academy Scholars program.  Her interest in education lies in interprofessional education and preparing new graduate APPs for advanced patient care in critical care medicine. 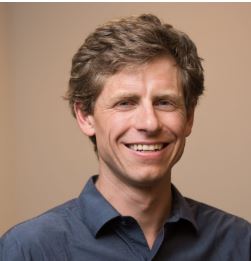 Eric Brown, MD was born and raised in Brewer, Maine. He earned a BA in history at Harvard College followed by a teaching certificate at the Harvard Graduate School of Education. He spent five years in the mountains of Western Colorado working in outdoor education and wilderness medicine before entering the University of Colorado School of Medicine to complete his MD.  He returned to Maine for his post graduate work and completed an internship in internal medicine and residency in anesthesiology, serving as chief resident during his final year. Dr. Brown is a member of the teaching faculty in the Department of Anesthesiology at Maine Medical Center and also functions as the Neuroanesthesia Division Director. His clinical and research interests include high fidelity simulation, medical education, airway management, neuroanesthesia, and regional anesthesia. 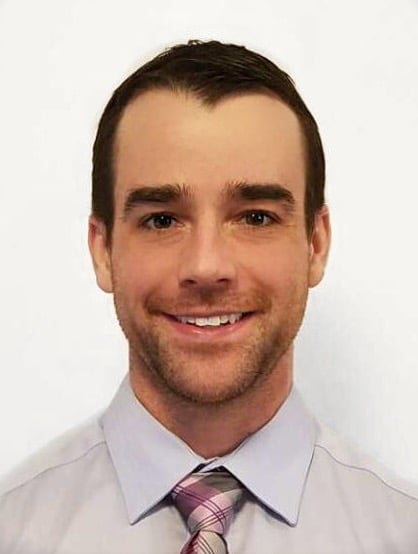 Jason F. Hine, MD was born in Connecticut moved to Maine for his undergraduate education, receiving a Bachelor of Science degree at Colby College. He completed his medical education as part of the Tufts MaineTrack inaugural class. He went on to complete his Emergency Medicine residency at Temple University Hospital in North Philadelphia where he also served as chief resident. He joined Southern Maine Health Care (SMHC) in August 2016 and serves as the Educational Administrator there. Through the scholars program he hopes to improve his and his colleagues bedside teaching of residents and students at the SMHC ED. 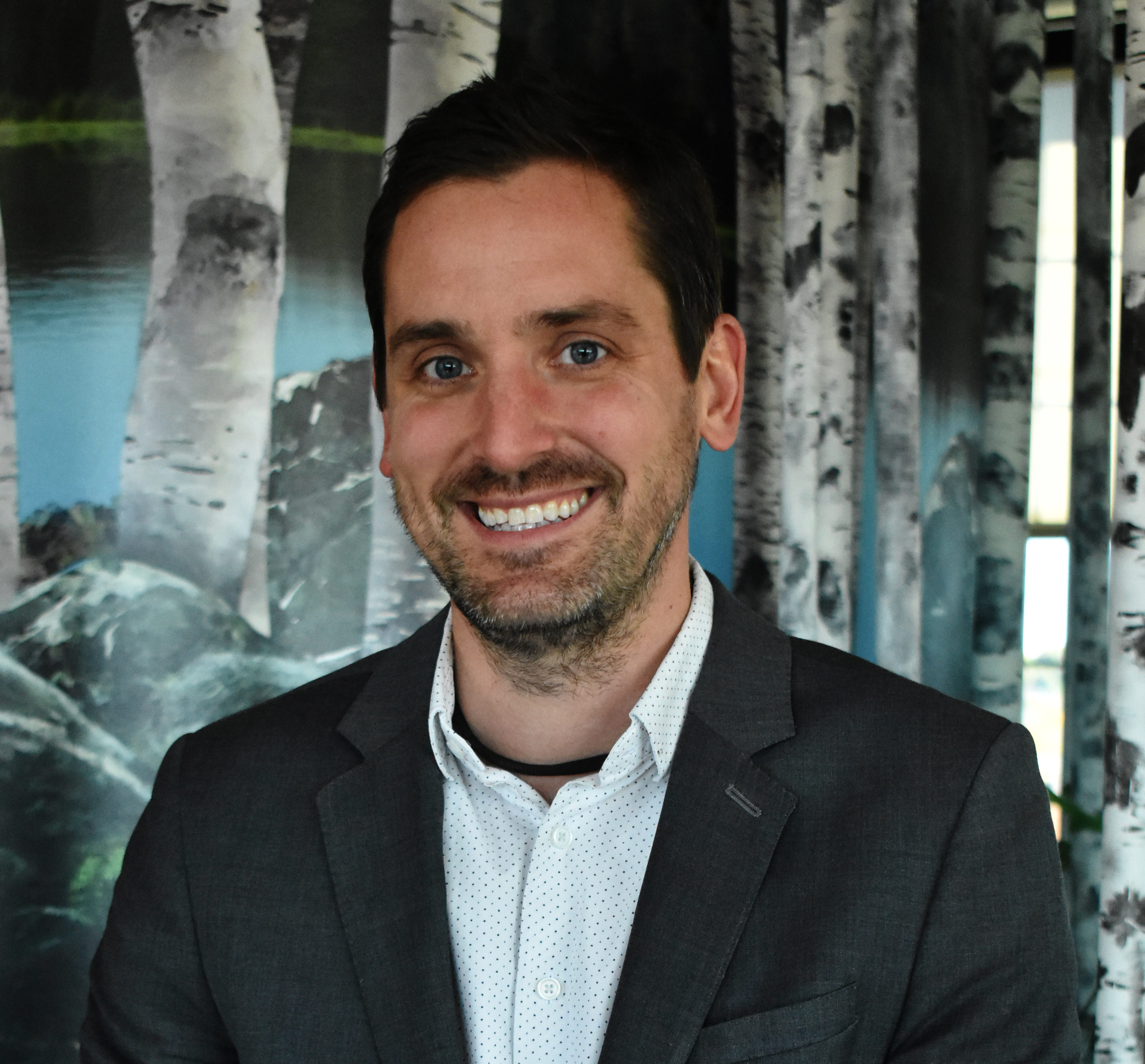 Dr. Jeffrey Walawender has almost 10 years experience in dental medicine, hailing from New York, with a degree from the University at Buffalo. He completed his residency at the Togus Veteran Affairs Medical Center and has become very active in the dental field. He is Chief Dental Officer, AEGD Residency Site Director, and a Board Member at Community Dental, as well as a Board Member for Northeast Delta Dental.

Project Name: Development and Refinement of the Clinical Curriculum of an Advanced Education in General
Dentistry Residency 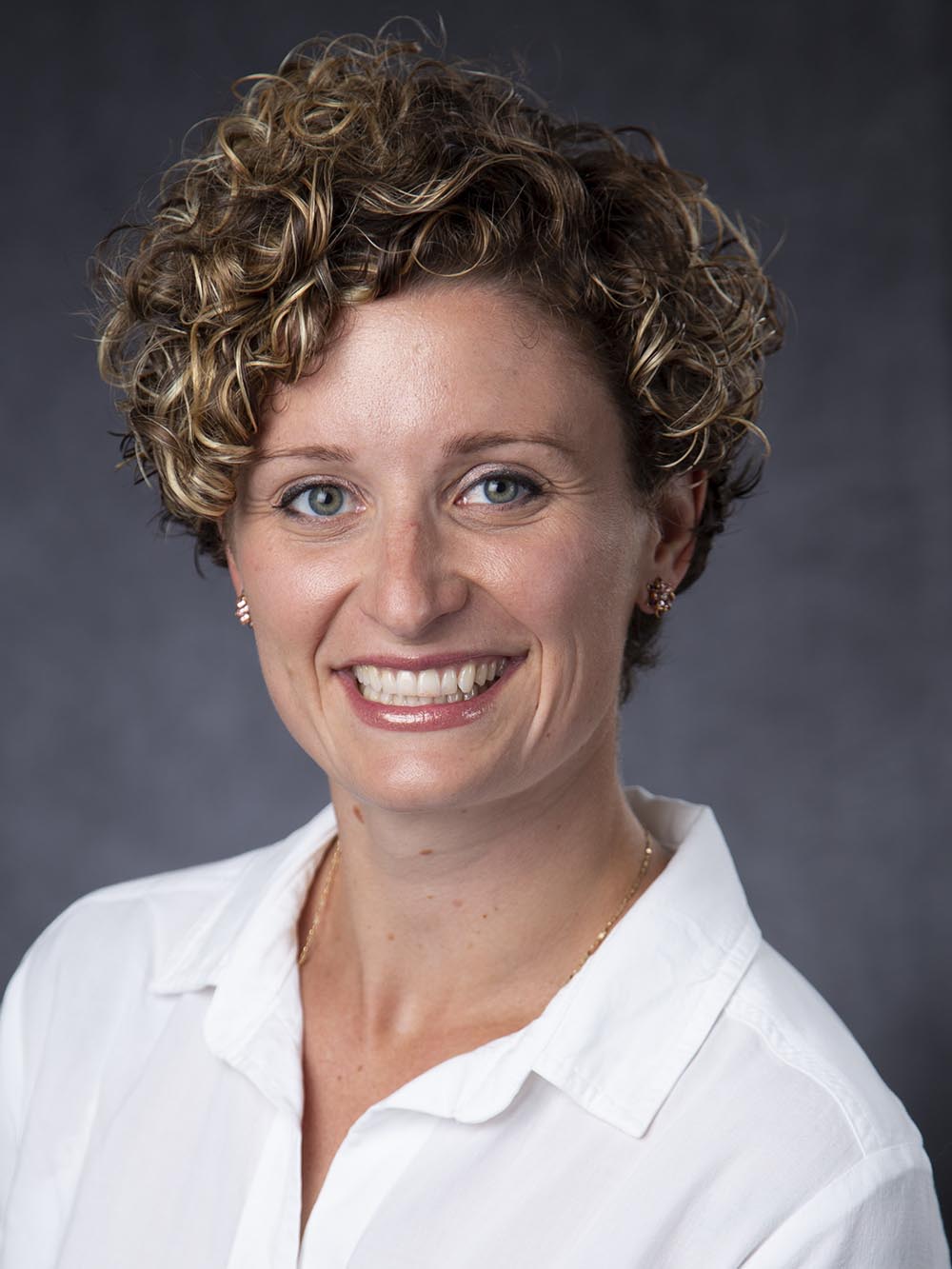 Jillian Gregory, DO received her medical degree from Philadelphia College of Osteopathic Medicine. She completed her residency in Pediatrics at Maine Medical Center, where she was also a Co-Chief resident in her third year. She completed her fellowship in Pediatric Critical Care Medicine at Children’s National Medical Center in Washington, D.C. She currently is a Pediatric Intensivist at the Barbara Bush Children’s Hospital at Maine Medical Center and holds an appointment as an Assistant Professor at Tufts University School of Medicine. Dr. Gregory’s special interests include delirium, early mobilization, and transport medicine. In her spare time she enjoys traveling, Maine outdoor activities, and spending time with her husband and 2 dogs. 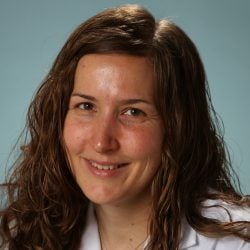 Rebecca Hutchinson, MD is a Hospice and Palliative Care physician at MMC with a special interest in health services research in palliative care.  She received a BA in chemistry from Swarthmore College, MD from University of Pennsylvania School of Medicine, and an MPH from Harvard TH Chan School of Public Health.  She completed internal medicine residency at Brigham and Women’s Hospital and her Hospice and Palliative Care fellowship at MMC.  She is board certified in internal medicine and hospice and palliative care.  She is currently an attending physician at MMC and was selected to be the next fellowship program director for the Hospice and Palliative Medicine Fellowship beginning in July 2018.  She hopes to use her new role as program director and the opportunity to be a MITE scholar to develop her skills as an educator and in the area of medical education research.  Outside of medical education, Dr. Hutchinson’s primary research focus is on developing novel ways to increase access to palliative care for patients living with advanced heart failure.  She is also interested in research on improving communication in the setting of serious illness and specifically around delivering prognostic information to patients. 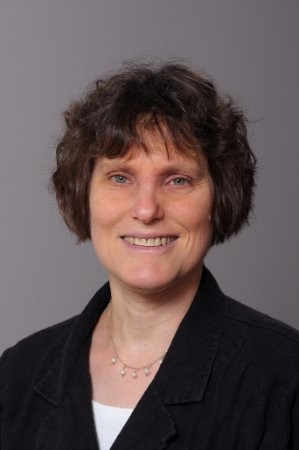 Dr. Frydman grew up in Chicago and Evanston, Illinois.  She received her B.A. in anthropology at Wesleyan University, her M.D. at the University of Illinois at Chicago, and completed her residency in psychiatry at the University of Chicago.  She has worked in Maine since 1994 including working at Maine Medical Center, the Portland VA Clinic, Central Maine Healthcare, and Maine Behavioral Healthcare.  She currently works with the MBH ACCESS Assertive Community Treatment team in Portland, a multidisciplinary team that provides community based treatment for people with serious mental illness.  Dr. Frydman is interested in community mental health, medical education, public health and prevention, and physician well-being.  Her MITE project is Interprofessional Community Psychiatry Curriculum Development. 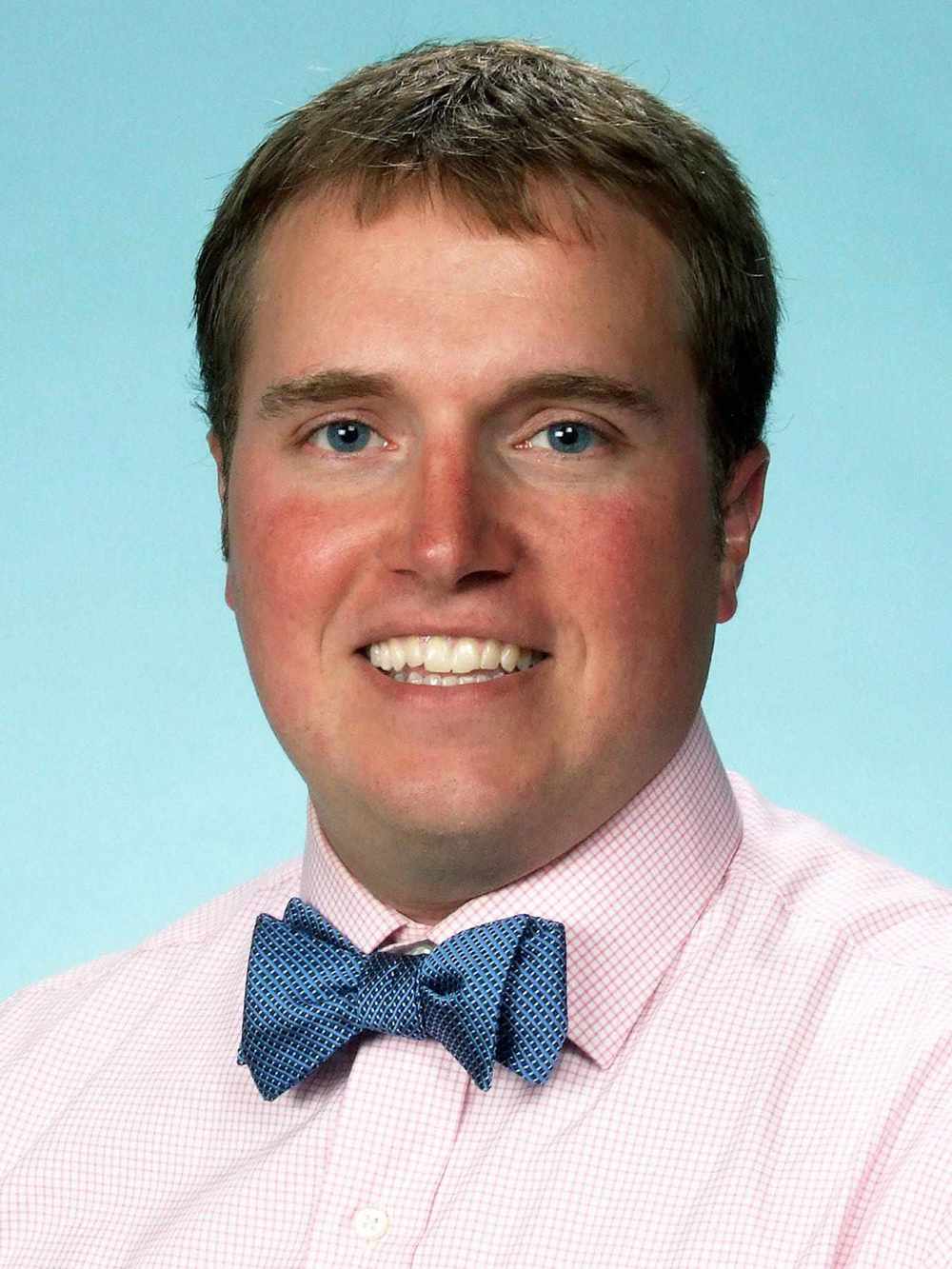 Thomas Q. Reynolds, DO has always known that he wanted to be a pediatrician since he was a child. It was during medical school that he became supremely interested in the brain and the nervous system.  Dr. Reynolds in “from away” but had come to Maine for college and stayed for medical school. During his time there, he developed a love for neuroanatomy but stayed true to his original interests and first pursued general pediatrics training at Maine Medical Center. He realized during that time that he needed to become a pediatric neurologist, not only for his own interests in the nervous system but also because there were not enough pediatric neurologists in the state at that time.  Since returning to Maine in 2011 as a pediatric neurologist, he has grown his practice and ability to take care of children with nervous system disorders, ranging from extremely premature babies in the NICU to adolescents and young adults with both common and rare neurological disorders. Thomas is very proud of the work we have done at the Barbara Bush Children’s Hospital over the years and looks forward to continuing to serve the children of the state of Maine for decades to come.

Project Name: Analysis of and Improvement in Scholarly Activity in the Department of Pediatrics 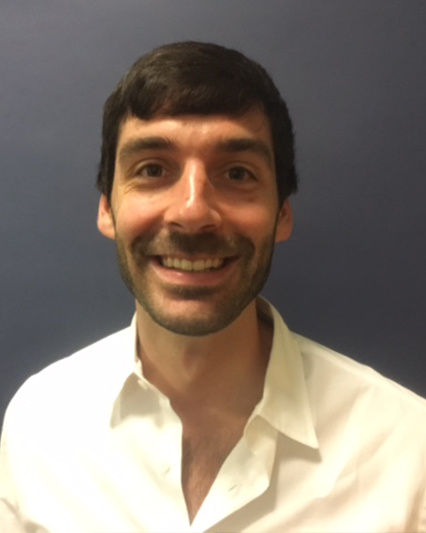 William Sauer, MD was born and raised in rural Nebraska.  Moving to New York, he earned a Bachelor of Science (Chemical Engineering) and Doctor of Medicine (Medical Education Pathway) at the University of Rochester.  He completed his Internship (Internal Medicine) and Residency (Anesthesiology) at the Massachusetts General Hospital, followed by a Chief Residency at MGH.  He subsequently moved to California as a Staff Anesthesiologist and Critical Care Medicine Fellow at Stanford University.  In 2016, Dr. Sauer moved back across the country to join the Maine Medical Center Department of Anesthesiology as an Anesthesiologist and Intensivist.  He is the Director of Critical Care Medicine within the Department of Anesthesiology and Co-Director of the Post-Anesthesia Care Unit.  His clinical and research interests include cardiovascular critical care, mechanical circulatory support, thoracic and vascular anesthesia, perioperative and critical care ultrasound, and education.